Nearly every consumer contract seeks an agreement to use arbitration before going to the civil court of justice (jury trials). Arbitration is supposed to be quick and easy. It isn’t. It can be expensive and unfair, depending on who the arbitrators are and how they are selected.

Toyota has taken arbitration to a new and dangerous level by not only requiring arbitration as the exclusive process to be used, but also requiring that if you lose the claim you could be ordered to pay Toyota’s attorney’s fees. A family member recently bought a car from Toyota (Fred Anderson Raleigh LLC) and I was asked to review the arbitration agreement. The purchaser waives a right to trial by jury (see Seventh Amendment to the U.S. Constitution), agrees to binding arbitration (no appeals), and agrees not to participate in any class action lawsuit. Rules of the American Arbitration Association (AAA) must be used. Each side must pay its own costs, but it’s possible that the prevailing party can be awarded “full costs and attorney’s fees.”

I have a feeling Toyota has some expensive attorneys and at $300 an hour (or more) it would not take many hours to rack up a sizeable bill. Is the average consumer going to be able to take the risk that if the case is lost, for whatever reason, he or she will pay Toyota’s attorney’s fees? Arbitration is bad enough (to be discussed in another blog) but the frightful thought of paying the attorney’s fees of this huge corporation is a significant deterrent to even filing a claim. When my family member asked the salesman if the car purchase could be made without signing the arbitration agreement, the response was: “I can’t sell the car to you unless you sign it.” Enough said. Buy your next car from another company. 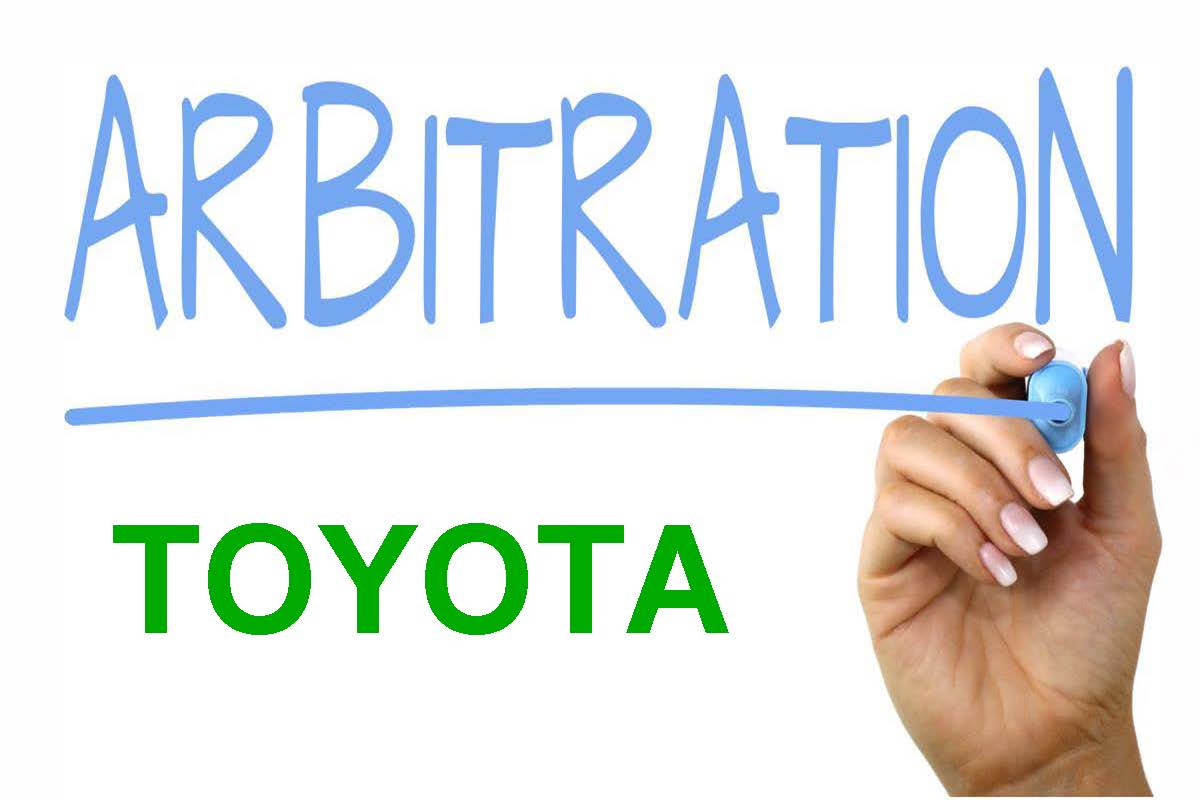 By Leonard Jernigan|April 9th, 2018|Arbitration|Comments Off on Arbitration – Beware of Toyota’s Abusive Agreement